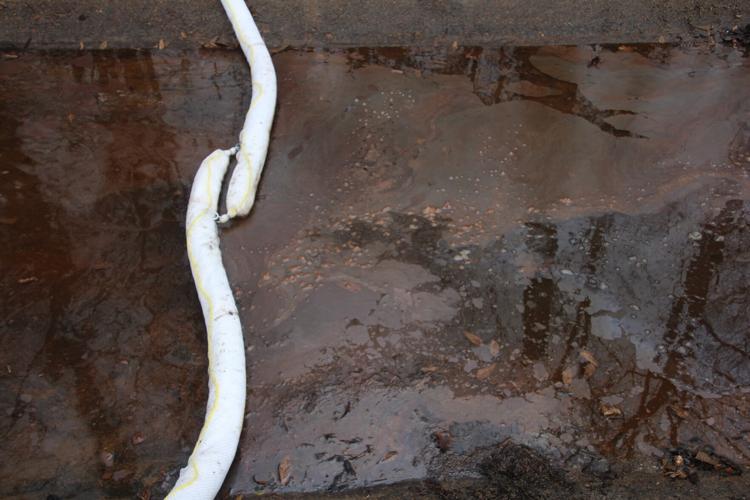 Dec. 22 photos of a concrete ditch along the Anthony Timberlands pine lumber sawmill in Malvern shows signs of contamination. ATI is currently working with the Arkansas Dept. of of Environmental Quality to address the cleanup. 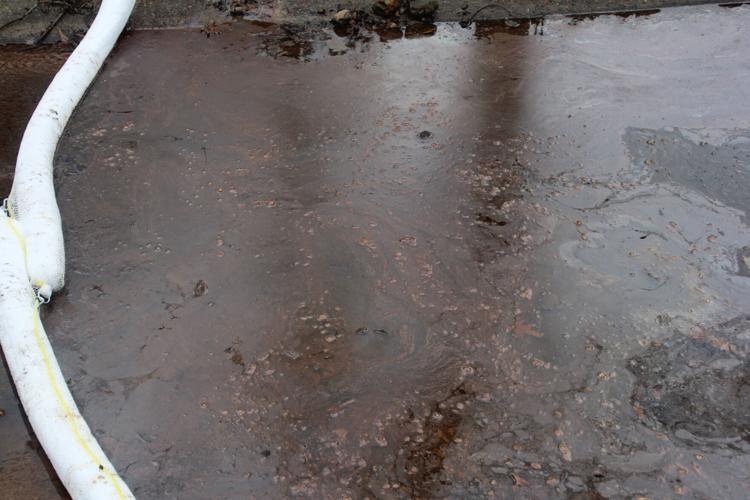 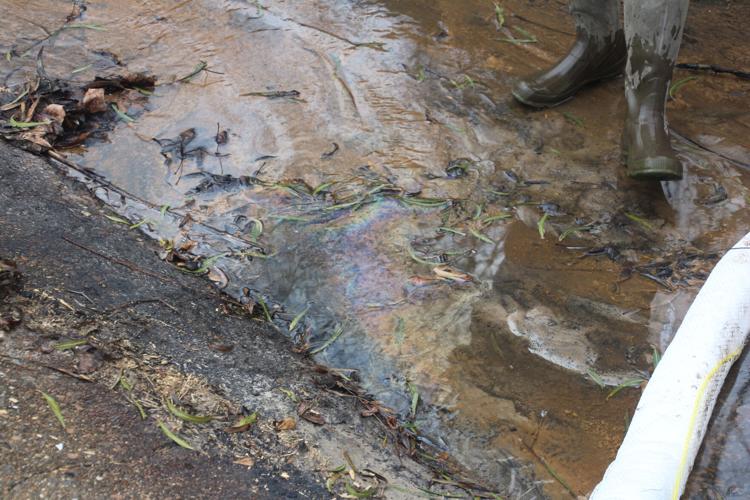 Dec. 22 photos of a concrete ditch along the Anthony Timberlands pine lumber sawmill in Malvern shows signs of contamination. ATI is currently working with the Arkansas Dept. of of Environmental Quality to address the cleanup.

The Anthony Timberlands pine lumber sawmill in Malvern announced Thursday that it would pause operations for 30 days effective Jan. 7, 2023, due to the public outcry after a discharge of hydraulic fluid from the facility flowed into a nearby ditch and made its way miles downstream in Chatman Creek, adversely affecting local wildlife and livestock.

“I can assure you with 100 percent confidence, nothing that we have done has killed any cows anywhere. The volume of stormwater, with periodic releases of tiny amounts of petroleum, won’t kill cows,” ATI President, Steve Anthony, said during an interview last week at the MDR offices.

ADEQ documents show that a broken pipe on the plant site’s clarifier/oil-water separator caused a critical pump to fail, which allowed an unpermitted discharge. The violation was noted during an inspection of the ATI plant site on Sept. 16, 2022, after complaints were called in from landowners along Chatman Creek who saw visible signs of foreign substance in the water and suspected it had something to do with a mystery illness hitting livestock throughout the area.

ADEQ Office of Water Quality (OWQ) Compliance Branch Manager Jason Bolenbaugh stated, “At the time of the inspection it was noted the clarification system/oil water separator at Outfall 001 was not operating due to broken pipe that had not been repaired.

“This pipe and the associated pump are designed to pump water from the bottom of the clarification system to the detention pond that is used to irrigate logs on site. Due to the inability of the system to pump water to the pond the water was discharging non-stormwater from Outfall 001.

“Ground conditions below the outfall and leading to the concrete stormwater ditch that borders the southern property boundary was very dark black due to oil accumulation.

“Furthermore, oil accumulation from Anthony Timberlands operation has formed within the concrete stormwater ditch and into the unnamed tributary of Town Creek on the western side of Walco Road.”

ATI has contracted environmental consultants and cleanup crews to deal with the EPA’s scope of work assigned to them, but the company balks at the wider allegation that their plant site on Cabe Avenue, in the city proper, as being the source of damage downstream.

ATI has decided to close its doors in Malvern long enough to “evaluate its options going forward and whether residents and local government officials desire the 180+ jobs and $12M of payroll that the company brings.”

Meanwhile, ADEQ inspectors have done their due diligence and traced the discharge of pollutants back to the sawmill, and landowners along Chatman Creek have spent a year or more watching their cows die from liver failure. Animal testing from multiple landowners’ herds has revealed extremely elevated levels of toxic heavy metals, and water samples along the over seven- mile stretch of creek show similar findings.

Specific findings from the animal testing have not been released to this office but will be published as soon as that information is made available. Local landowners and officials shared the news with other media and the public at a community meeting last Thursday evening that liver testing of sick and dead cattle show excess amounts of at least zinc, manganese and iron in the afflicted organs.

Some metals occur naturally in the environment, but a previously healthy waterway like Chatman Creek should not have an excessive amount. Some metals that were found to be high at sites tested along the creek, like zinc, are a key additive in hydraulic fluid, and others can be found or produced from products associated with the cleaning and maintenance of sawmill equipment.

ATI’s president says they want to comply with state and federal guidelines, but they don’t have enough property at the Malvern plant site to install another settling pond, which would naturally separate the stormwater runoff’s oil and water mix and eliminate the need for a clarifier system.

“The stormwater will flow into the settling pond, and it will separate, naturally separate the pollutants,” Anthony said. “Well, we don’t have room for that, that’s not even a possibility.” And frankly, Anthony doesn’t see a need to shift gears to any extreme.

“If it doesn’t rain, we don’t discharge anything. you know the two weeks before Christmas, didn’t discharge a drop,” Anthony said. However, photos taken on Dec. 22 of a mess amassing inside the concrete ditch parallel to Kelly Street show an alarmingly thick, goopy, heavy sheen of what’s obviously oil throughout the expanse of the ditch.

The Dec. 22 photos were taken three months after the initial emergency response and cleanup began, and although ATI stated in a Dec. 8 response to the OWQ that “At this point, the remediation is completed in the downstream areas,” a quick glance puts that assertion into question.