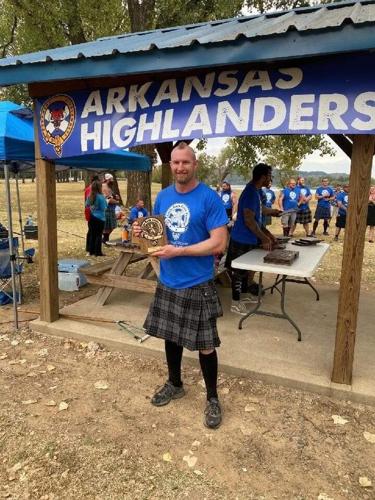 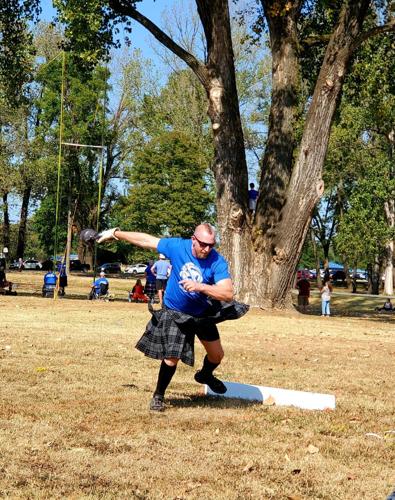 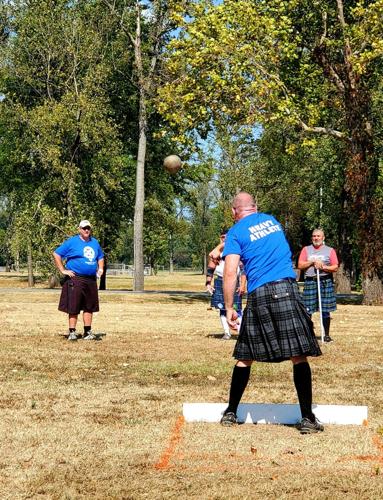 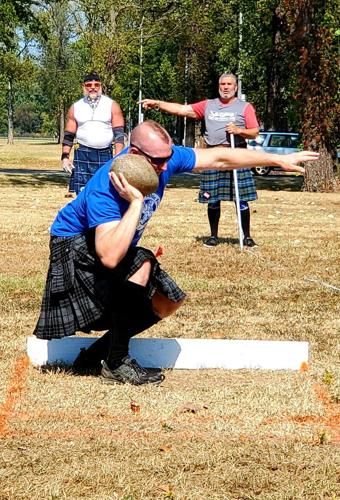 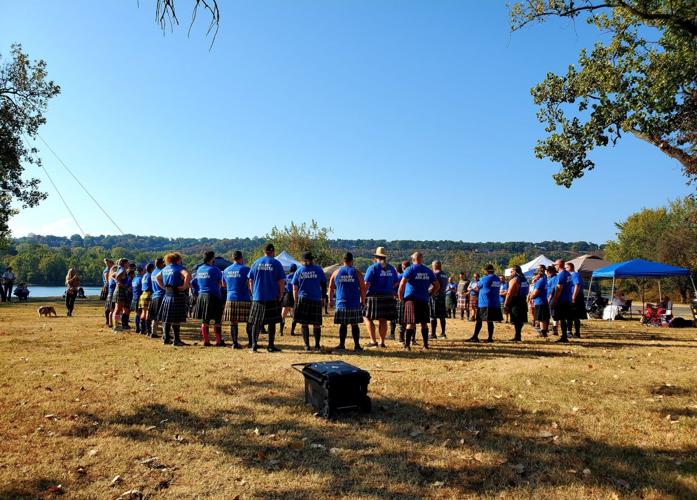 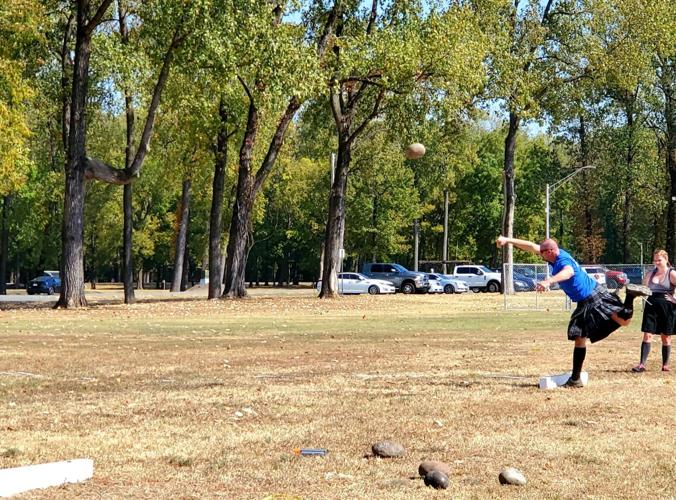 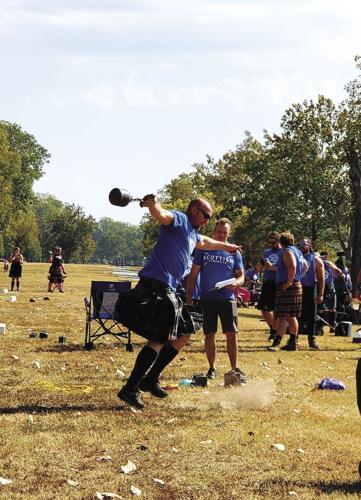 The Little Rock Celtic Festival was “a celebration of Celtic sport and culture” that hosted the popular Scottish Highland Games along with a soccer tournament, a hurling event, traditional music and dancing, and fabulous food that kept to the Celtic theme.

Corley and 62 other competitors faced off according to age and weight throughout the daylong event in nine different throwing challenges. Throwing events included sets of three tosses with stones; metal implements; the traditional caber toss, which is a large, roughhewn log; and a sheaf toss, which is a burlap bag stuffed with straw. The best of three tosses was recorded for each competitor, and the accumulated scores determined the winners in each division.

“It’s a feat of strength, plus your endurance and work capacity, just to make it through the entire day,” Corley said.

Corley is part of the Arkansas Highlanders, a group of local Highland Game enthusiasts who train together weekly in preparation for events and help host two such events in the state annually, the first of this year being the Ouachita Highland Games in Hot Springs in the spring.

“They started, I think it was last year, a group of Highland competitors started a games over in Hot Springs, at Cedar Glades Park,” Corley said. “They’ve had that game two years in a row, and this year they started their first games in Little Rock, as well.”

Corley competed in the spring event and has been training hard in the interlude, in extensive preparation for the Little Rock event. Cumulative scores in multiple events are considered to determine who gets an invite to the World Highland Games Championship every year.

“Most athletes travel from several states away to compete. Your best throws for the year are stored in the North American Scottish Games Athletics (NASGA) database,” Corley stated. “The top 10 athletes in each division receive an invitation to Worlds, which is being held in Switzerland in 2023. Currently, I am ranked number 15 by NASGA in Master’s 40 Lightweight.” Lightweight Division refers to competitors who weigh less than 200 lb.

Who knew Scottish tradition was such a big deal in the Natural State? Corley said the Highland Games are wildly popular and gaining attention as a family-friendly event that gets everyone out and part of the action, either cheering on the sidelines or trying their hand as the various tossing challenges.

“My kids and my wife absolutely love it, They spend all day out there and it’s a very family friendly event,” Corley said. “You get your lawn chairs, and we have a little wagon we can pull our stuff around with, and they just go around with me to all the events, and they’re able to watch it. Plus they have vendors set up at these events, so it’s not just the games, but you can go through all the vendors and they usually have a band playing Scottish music or some kind.”

Corley said the Arkansas Highlanders is always welcoming to new sportsters who would like to join them for some classic Celtic athleticism and good, old fashioned fun, surrounded by world-class competitors who are on hand to help you reach your utmost potential.

“Some of our trainers in the Arkansas Highlanders regularly compete in win Worlds, so these folks are truly the best in the world to learn from,” Corley said.

“For anybody interested in learning about the Scottish Highland Games or competing, feel free to join the Arkansas Highlanders Facebook group and come to one of our practices,” Corley said. And be sure to check out the MDR website to view some cool videos of Corley in action in various events at the Highland Games.