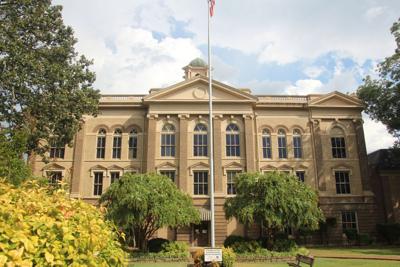 The capital murder trial of Kayvon Ward continues this week in the Garland County Circuit Court. Ward is facing death or life in prison for the March 2020 shooting of HSPD Officer 1st Class Brent Scrimshire during a traffic stop and is also charged with aggravated assault of a law enforcement officer and possession of a defaced firearm.

Tuesday’s events on the stand centered around accounts from medical personnel who treated the officers and Ward at the hospital after the incident, more statements from officers on the scene, and expert testimony from the Arkansas State Crime Lab’s chief medical examiner and firearms examiner.

McClain said Ward was anxious, upset and non-cooperative, but when Deputy Prosecutor Caitlin Bornhoft questioned the defendant’s mental state, McClain said he did not seem confused or unaware, which would have given weight to the defense’s assertions that Ward is schizophrenic, the underpin of their defense.

Dr. Stephen Erickson, deputy chief medical examiner with the Arkansas State Crime Lab, performed Ofc. Scrimshire’s autopsy on March 11, 2020. Erickson testified that the physical examination and x-rays revealed a single perforating gunshot wound to the officer’s chest that entered under the collarbone on the right side, next to the sternum. Erickson found the cause of Scrimshire’s death was a gunshot wound to the chest, with the manner of death ruled as homicide.

The projectile produced a shored exit wound on the back, which is atypical but likely caused when the back panel of the officer’s vest stopped the bullet’s momentum. The protective vest Scrimshire wore had a U-shaped neck which did not cover the collarbone area, and the bullet entered just above the vest’s neckline, moving front to back and in a slightly left to right trajectory.

The bullet fractured the officer’s clavicle, hit the upper apex of the right lung, and clipped the subclavian vein, fracturing the 3rd posterior rib as it exited the body.

Erickson said the officer’s injuries would have caused rapid bleeding into the body cavity and severe discomfort, which could be inferred from body cam footage that had previously been entered into evidence and played for the jury on Monday. Scrimshire was conscious for several minutes and in obvious discomfort and asking for help, as those around him fought desperately to save him and keep him engaged until EMTs could arrive at the scene.

ASP Special Agent Chris Garner testified to being the first state police on the scene and to his role in marking and collecting a mound of evidence that night, and later during a search warrant conducted on March 18.

Among other items, Garner located a Hi-Point CF .380 semi-automatic pistol and Scrimshire’s taser on the scene, along with numerous shell casings, Scrimshire’s duty belt, and the orange jacket Ward wriggled out of during the struggle and escape from the officers.

Garner and ASP Special Agent Corwin Battle, who arrived on the scene later in the evening and took over as lead investigator, were the ones in charge of marking all evidence and submitting it to the Arkansas State Crime Lab, along with the officers’ standard-issue GLOCK 22 .40-caliber Smith & Wesson handguns.

Defense attorney Bill James expressed confusion as to how several spent 40-caliber rounds were entered into evidence but not photographed, whereupon Garner replied they were overlooked initially because it was dark and they were lying underneath the dirt and leaves, and an evidence cone marking another piece of evidence further hid them from view. Upon redirect, Chief Deputy Prosecuting Attorney Kara Petro reviewed an image of said evidence cone and pointed to one round that could be seen upon closer inspection.

Expert testimony came Tuesday afternoon from Zachary Elder, a firearm and tool mark examiner with the Arkansas State Crime Lab. Elder used a comparison microscope to study bullets taken from the scene compared with test shots fired into a water tank. Elder also examined the .380 Hi-Point semi-automatic Ward used in the incident, which the defendant admitted to carrying and shooting in the direction of the officers the night Scrimshire was killed. The weapon had been defaced to get rid of the serial number.

Elder testified it was his opinion that the barrel of the .380 had been intentionally damaged by being scraped with a sharp tool, but even with this modification, he was able to tie the gun to a bullet retrieved from a shooting that occurred in August 2019. At the time of the March 2020 incident, Ward had an arrest warrant issued on him for allegedly shooting his friend and godbrother, Zachary Barnett.

HSPD Det. Mark Fallis had testified Tuesday morning about a 2019 first-degree battery case he worked involving Barnett and Ward. The bullet from Barnett’s case was a ballistic match with the .380 pistol used to kill Scrimshire seven months later. Elder said the damage to the barrel caused more striated markings, but there were still enough indicators to tie the weapon to the 2019 incident.

Tuesday’s session wrapped up with testimony from state and local police who examined the officer’s tasers. Evidence showed both officers had fired their tasers once, each for 5 seconds, which tied back to audio from Scrimshire’s dashcam, where he can clearly be heard telling Larkin to tase the defendant, as well as Larkin’s previous testimony affirming that he had attempted to tase Ward.

Wednesday morning started off with ASP Special Agent Battle testifying for the state in corroboration of Garner’s previous statements about the collection and submission of evidence. Bales also talked about his first interview with Ward on March 16, stating Ward was coherent, fairly calm, quiet, making complete sentences and seemed primarily concerned with Hernandez’s welfare.

Ward did not want to talk about the shooting with Bales but wanted to know when the video of the incident would be made available and if Hernandez would face the death penalty. Bales added Ward wanted his phone call, wanted his bandages changed and inquired as to when court would be. With that, the state rested its case.

The defense immediately motioned for directed verdicts on all charges, which the state rebutted, and the judge quickly denied. The defense then recalled Dr. Erickson to talk about the trajectory of two wounds on the defendant’s lower left back and buttock. Erickson said the bullet travelled steeply upward, with the muzzle under and pointing up.

Erikson and the witness immediately following him, Dr. Frank Peretti, had differing opinions on which wound was the entry and which one was the exit, but neither examined the defendant at the time of the incident on medical records and “less than optimal” photos to make their determinations. Both examiners agreed that the holes correlate, and that you would have to know the position of Scrimshire and the defendant, velocity, movement and other dynamics to determine how the shots occurred.

The big surprise came when Ward took the stand in his own defense. Ward testified that he did fire the weapon because he was “fearing for my life, trying to get away,” alleging that he fired only after he was fired upon, even after the state replayed dashcam audio several times that lent toward the state’s assertion that Scrimshire was hit first.

Ward said he had “nothing” on his mind and just needed that evening when the officers tried to restrain him. He stated he had left the lake with his two-year-old daughter and was heading to First Step to pick up Coraima Hernandez, who is also awaiting trial for her part in the March 10 incident, when he was pulled over by Scrimshire.

Ward gave officers the fake name “Charles Dickens,” a false date of birth, had no license, no registration, no proof of insurance and the child was not in an age-appropriate car seat, but Ward agreed that Scrimshire was polite during the initial exchange and allowed him to call Hernandez to make arrangements for the child.

Ward said he called Hernandez to come get their daughter, and when she arrived, he opened his door to look. He alleged that the officer “yanked me out” of the vehicle, and the struggle ensued. Ward kept reiterating that he couldn’t say what he was thinking, he didn’t have a plan, and that “murder was not on my mind.”

Ward said he had the .380 in his pocket for protection, as he was “better safe with it.” He denied knowing there was a warrant out for his arrest. He said he could not remember where he got the gun and had not loaned it to anyone but denied that he had intentionally defaced the serial number or damaged the barrel after the 2019 shooting.

Ward gave conflicting statements from defense to the state’s cross examination, first saying he saw the handcuffs, and that’s what spurned his resistance, then later saying to Petro that he did not see the cuffs. He testified that as he was jumping the gate he was shot but couldn’t say by which officer.

“When I knew I was shot, that’s when I pulled it out,” the defendant said of firing the .380 in his possession.

When Petro pointed out that he had never testified to being sorry, Ward replied, “I wouldn’t wish this on nobody. I been on the other end.”

Defense walked him through the last few years before the incident and would bring in several witnesses to illustrate their claim that Ward showed signs of mental illness after he dropped off the Henderson football team and then dropped out of college after two semesters.

Ward’s mother, Jennifer Smith, testified via Zoom after testing positive for COVID the previous day. Smith, Barnett and Betty Giles, the defendant’s grandmother through marriage, all testified to how Ward distanced himself from family and friends and began acting strangely after returning home from college.

“I didn’t want to believe there was something wrong with my child,” Smith said when asked why she didn’t help Ward seek medical treatment for his increasingly troubling behavior.

Ward’s former football coach and Hot Springs School District Vice-Principal, Tony Hines, testified that the defendant was a well-mannered, well-behaved, well-groomed determined kid in high school who made A’s and B’s. Hines said Ward was a very smart kid who had potential. Hines and the defendant lost touch after Ward graduated, but Hines saw him again within a week of the March 10 incident.

Hines said that Ward “just didn’t look right,” that he was sweaty and ill-kept and didn’t look like the same kid he had coached. He encouraged Ward to come help coach the younger players to engage his former student, but Ward never came to the fieldhouse, and the Scrimshire shooting occurred just a few days later.

Dr. Benjamin Silver, a forensic psychologist with the Ark. State Hospital, who was testifying for the defense through association with his private practice, said Ward’s increasing reclusiveness, paranoia and auditory hallucinations, were indicators of schizophrenia, which Silver had diagnosed the defendant with on July 15 after initially finding no diagnosis in June. He said the differing opinion was due to additional background information from the family and consultation with another neuropsychologist who’d done a full evaluation of the defendant.

Silver asserted that Ward is in remission of his schizophrenia, although the state questioned how that is possible, seeing that he is not on any medication for treatment. Silver said the disorder can be episodic in nature, and that sometimes jail can be less stressful for some defendants.

The trial will likely wrap up by Friday, but no one can say how long the jury will deliberate. Today will open with more expert testimony for the defense and possibly see final arguments introduced. Check back as the story develops.